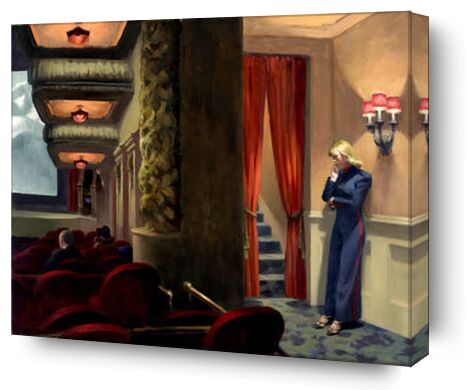 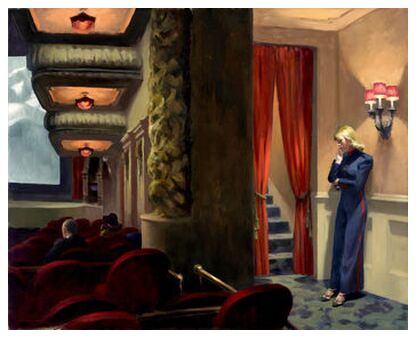 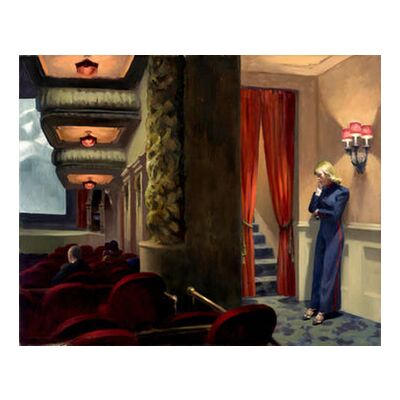 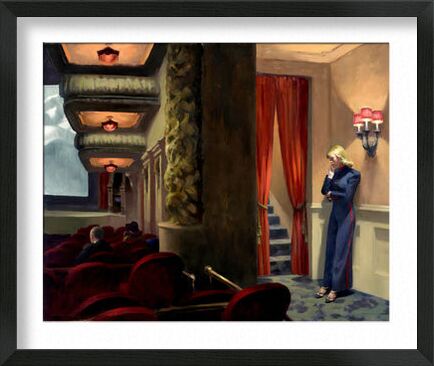 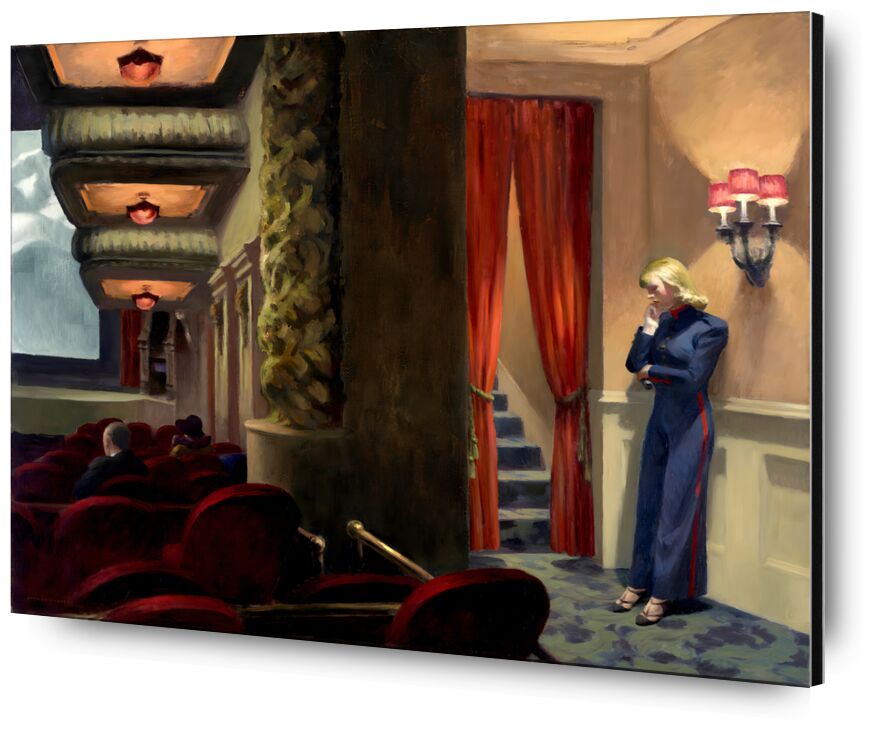 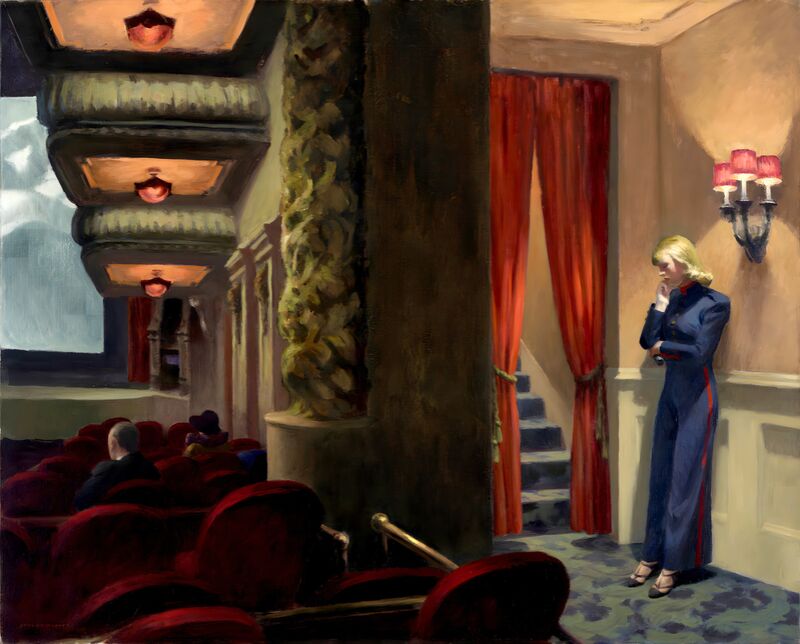 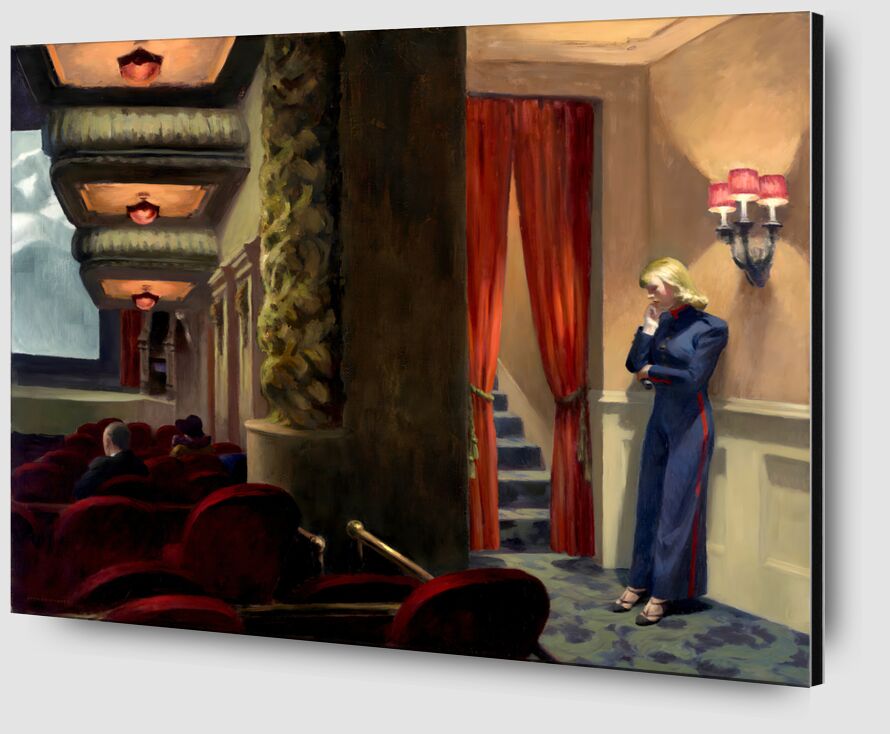 $ 132
Description
New York Movie is a composite painting, meaning that it combines several distinct sources into one work. As she did with many of his paintings, Josephine Hopper, a famous painter in her own right for years before her marriage to Hopper, served as the muse for New York Movie, having posed under a lamp in the hallway of her apartment. As in many of his other works, Hopper did not attempt to paint her with obvious sexual appeal, as he hoped in his work to paint women with complete honesty about their situation, both external and internal. See more
Some claim that New York Movie is a counterpart to Édouard Manet's painting A Bar at the Folies-Bergère, the usherette being a modern representation of the waitress.

Although the theater depicted in New York Movie is entirely his design, he drew inspiration from the Palace Theatre (New York City), the Lunt-Fontanne Theatre (then known as the Globe Theatre), the Republic Theater (now known as the New Victory Theater, and the Strand Theatre (Manhattan), making more than fifty sketches of these theaters before beginning the project. Hopper was fascinated by film and it is said that when he had a creative block, he would stay at the movies all day. Despite his fascination with film, New York Movie depicts an isolation and melancholy, even though theaters at the time could accommodate thousands of spectators. Moreover, some critics argue that the usherette is only lost in her imagination because she is separated from the film being shown, a sleight of hand against the movie-going public of the time, and that her separation elicits sympathy from the viewer. Others argue that New York Movie and other paintings of urban life are Hopper's ode to the warmth and endurance of the human spirit amidst the dehumanizing existence that is mass life. Hopper also drew inspiration from Edgar Degas - particularly Interior - in terms of lighting composition as well as the overall nocturnal nature of the work.

His particular style, made of simple forms and rather dark colours, plays on the contrasts between light and shadow. Hopper managed to diversify his realistic approach, with staged landscapes, sometimes urban and sometimes rural. The characters he paints often inspire an impression of solitude and exclusion. Most of his oil paintings reflect a country in the throes of economic and social change. In 1945, Edward Hopper was admitted to the American Academy of Arts and Letters. He received numerous awards and honours, including the title of Doctor of Fine Arts from the Art Institute of Chicago in 1955. 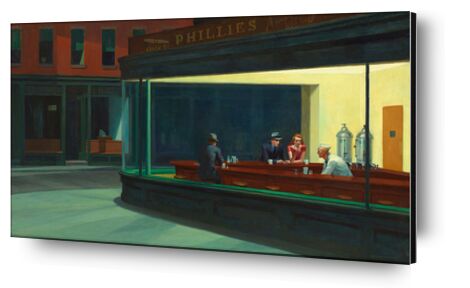 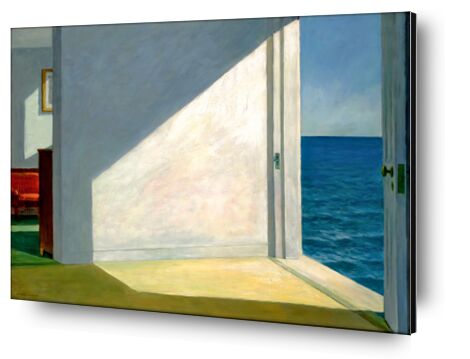 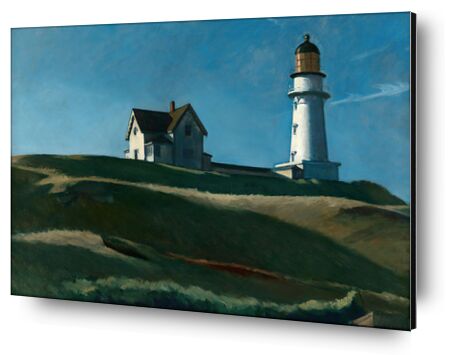 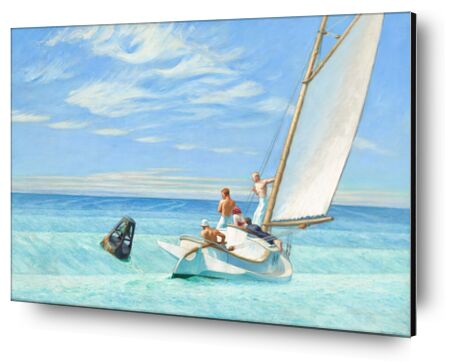 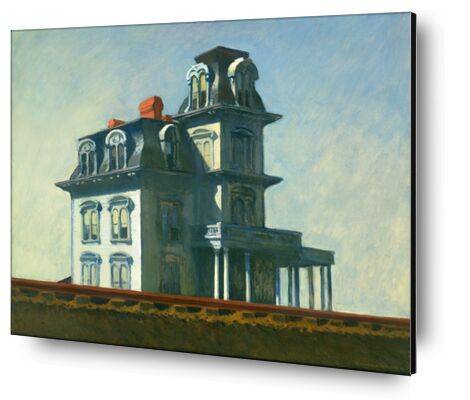 House by The Railroad - Edward... 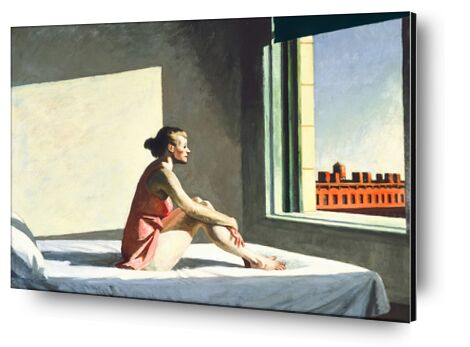 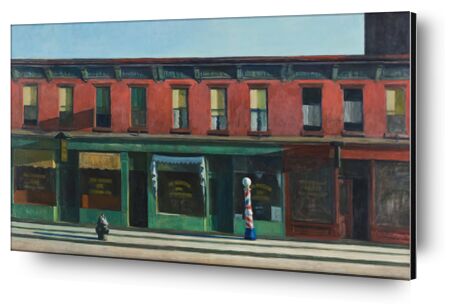