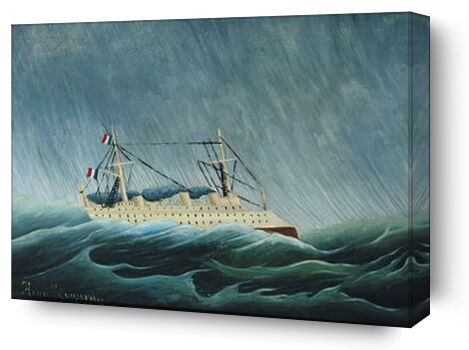 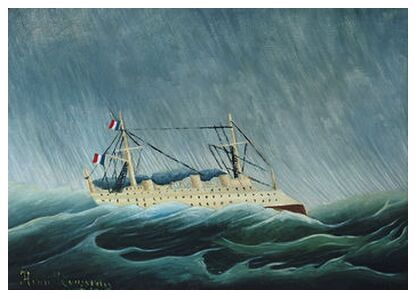 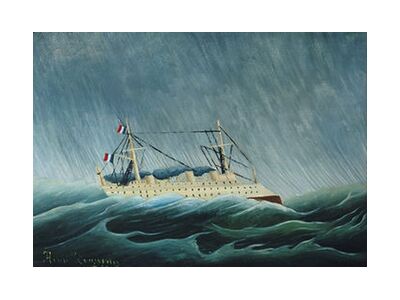 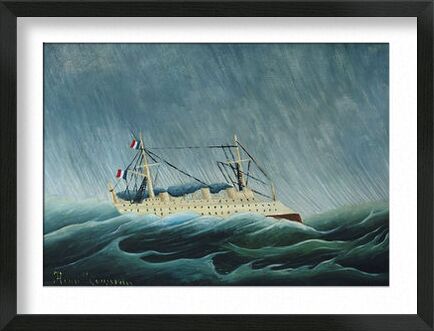 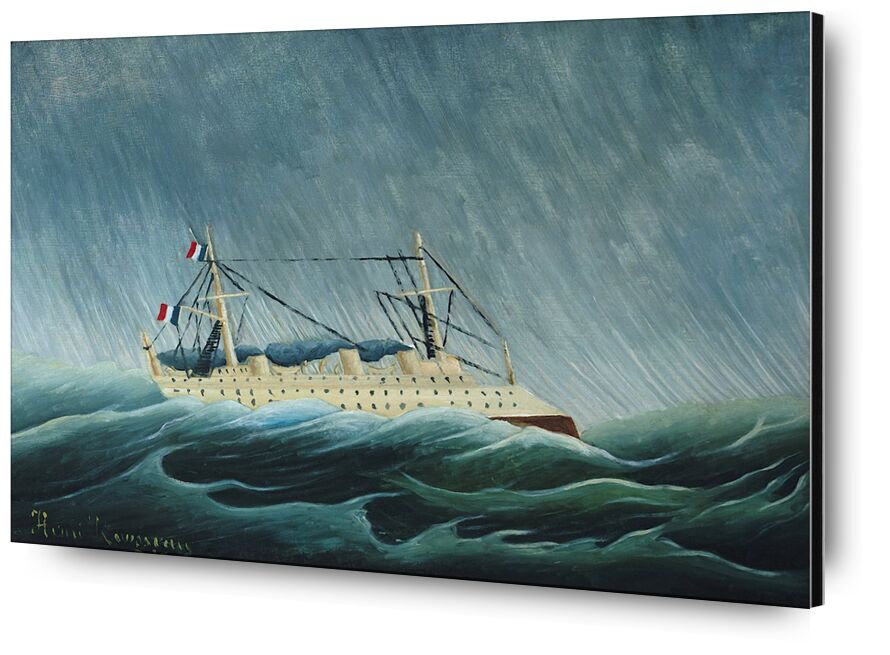 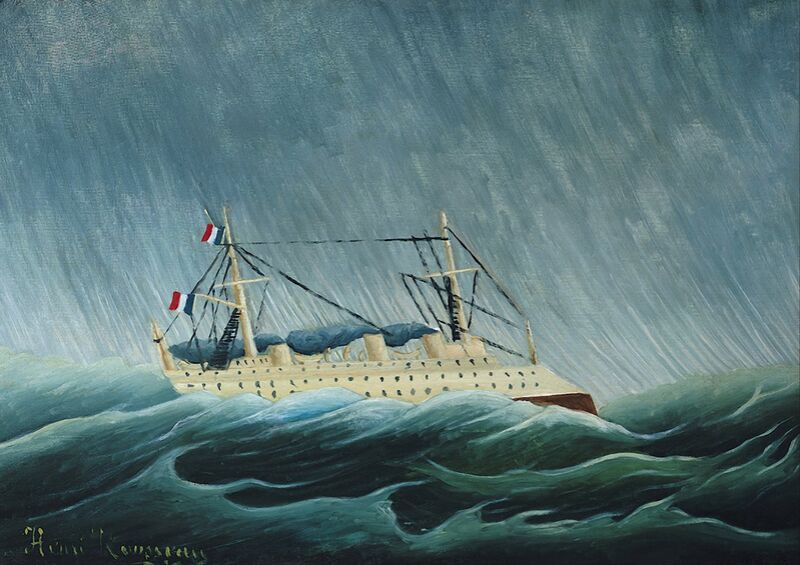 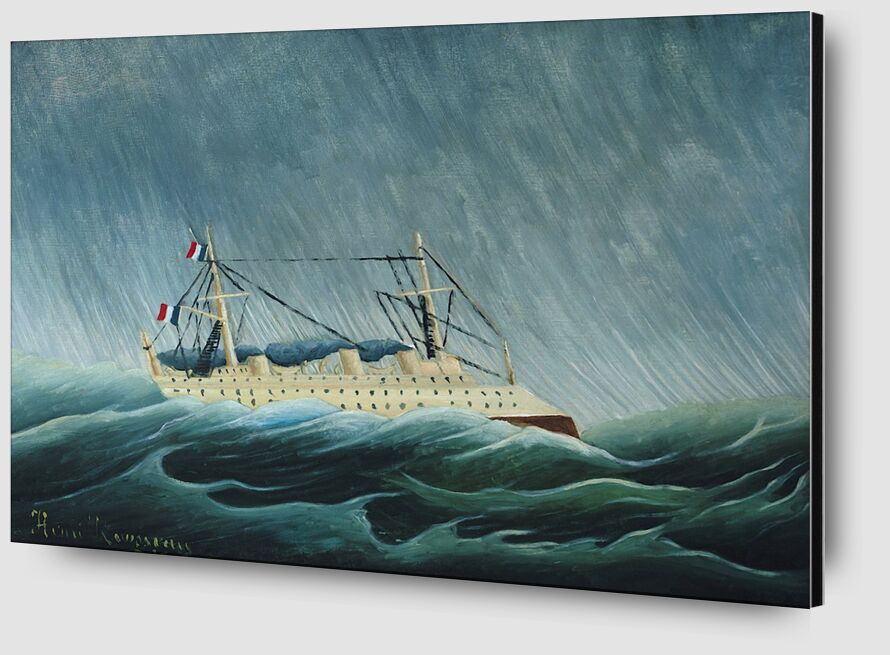 $ 128
Description
Henri Rousseau was a passionate painter but he did not earn his living with his art. He was an employee of the customs, that's why he was nicknamed Le Douanier Rousseau.
This painter was very much inspired by the photographs he found in newspapers or advertisements. One thing is sure, in addition to being curious, Henri Rousseau did not lack imagination!
A boat in a storm, and what storm? The rain is falling so hard that it forms a thick gray curtain in the background of the canvas. See more

The waves cut into the foreground, giving the impression of engulfing this ship; a French cruiser called the Entrecasteaux, recognizable by the offset of its 3rd chimney, which seems to be resisting well to these raging waves while its engine spits out a dark grey steam like the sea.
According to Jean-Pierre Labiau: "the cut-out sheet metal appearance of the sea and the treatment of the sky as a backdrop evoke the articulated boats of the fairground stands".
Rousseau could also have been inspired by the panorama of the Universal Exhibition of 1889.

Henri Rousseau is the son of a tinsmith from Laval (Mayenne). He attends high school but does not complete high school. His artistic predispositions quickly appeared as he obtained a drawing prize and a music prize in 1860, at the age of sixteen. When he became an employee of a solicitor in Angers, he committed a breach of trust that led to prosecution. See more

He was then sentenced to one month in prison. He then joined the army and met soldiers who had participated in the French expedition to Mexico (1861-67). This gave rise to the legend that he himself participated in this expedition and then drew inspiration from the Mexican landscapes to create his jungles. In fact, Rousseau never left France.

The production of self-taught painters, the first and most famous of which was Henri Rousseau, is called naive art. Rousseau's paintings touch us with the same spontaneity as children's drawings: no linear perspective, no high-level technicality, but the expression of a brilliant artistic sensitivity immediately accessible to all. In this sense, Rousseau's art joins the early arts by avoiding the detour of artistic education. Sensitivity is enough.
Tags of the Artist
ship
boat
rousseau
sea
storm
rain
hurricane
More works by Fine Art 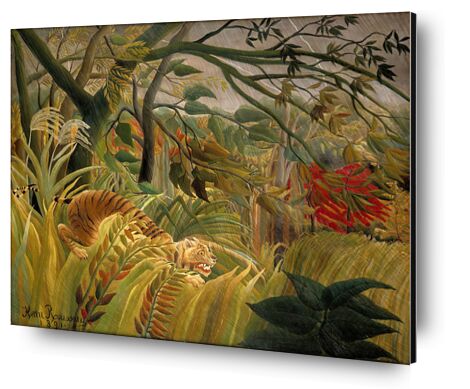 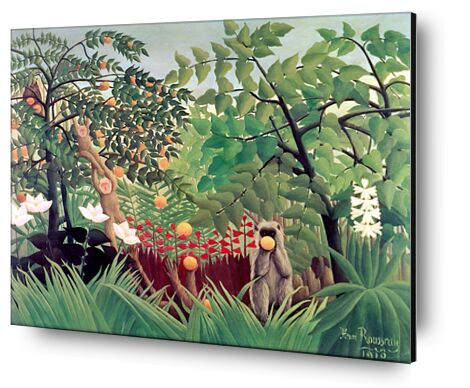 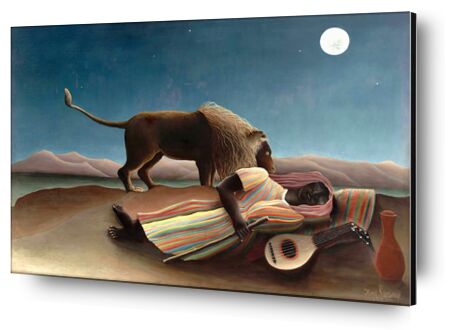 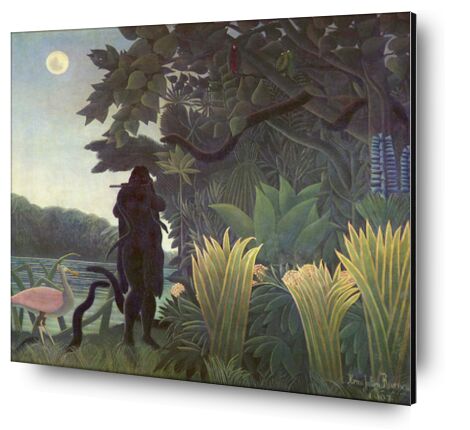 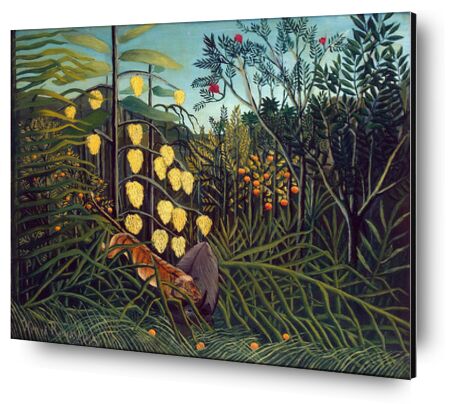 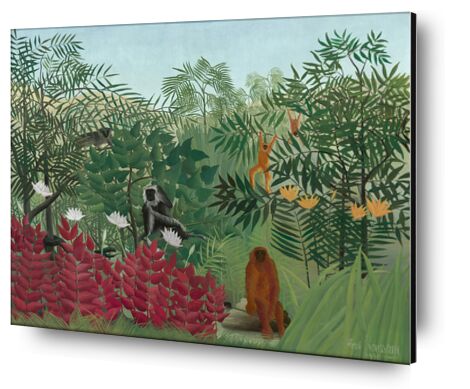 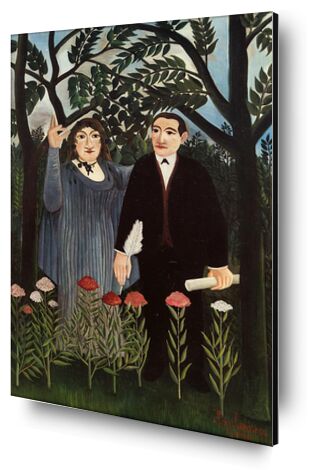